WASHINGTON, D.C. – On
August 2, Democrats fixed a House vote in order to overturn a motion
that would prevent undocumented immigrants from receiving federal
housing funds. The House voted 215 to 213 to deny
housing and employment to illegal immigrants on the annual agriculture
spending bill. The votes were counted, but the Speaker closed the vote
with his gavel. The Democrats then unilaterally and imperially
overturned this result—defying 218 years of precedent. The Speaker
reopened the vote to ensure that the motion was then defeated by a vote
of 212 to 216, disenfranchising the American people and paving the way
for illegal immigrants to receive federal housing and employment
benefits.

The Surge is working. The initial success on the field
by the American army is splitting the Democratic caucus in the House
between those who want to Lose At Any Cost and the Weathervanes Who
Follow The Polls.

Rank-and-file Democrats already are worrying about the fate of all incumbents in 2008. They see the shift in public support. 42% now think the war was a good idea, up from 35% in May. These Democrats are tacking back.

"Those
who hammer their guns into plows will plow for those who do not."~
Thomas Jefferson (This is why Ted Kennedy, Nancy Pelosi and Hillary
Clinton want gun control so badly!)

FIREARMS REFRESHER COURSE
1. An armed man is a citizen. An unarmed man is a subject.
2. A gun in the hand is better than a cop on the phone.
3. Colt: The original point and click interface.
4. Gun control is not about guns; it's about control.
5. If guns are outlawed, can we use swords?
6. If guns cause crime, then pencils cause misspelled words.
7. Free men do not ask permission to bear arms.
8. If you don't know your rights, you don't have any.
9. Those who trade liberty for security have neither.
10. The United States Constitution (c)1791. All Rights Reserved.
11. What part of "shall not be infringed" do you not understand?
12. The Second Amendment is in place in case the politicians ignore the others.
13. 64,999,987 firearms owners killed no one yesterday.
14. Guns only have two enemies; rust and politicians.
15. Know guns, know peace, know safety. No guns, no peace, no safety.
16.. You don't shoot to kill; you shoot to stay alive.
17. 911: Government-ponsored Dial-a-Prayer.
18. Assault is a behavior, not a device.
19. Criminals love gun control; it makes their jobs safer.
20. If guns cause crime, then matches cause arson.
21. Only a government that is afraid of its citizens,tries to control them.
22. You have only the rights you are willing to fight for.
23. Enforce the gun control laws we ALREADY have; don't make more.
24. When you remove the people's right to bear arms, you create slaves.
25. The American Revolution would never have happened with gun control.

Georgia voters will be required to show a photo ID at the polls for a
special election in September, following several years of court and
legislative battles, the secretary of state said Tuesday.
…
A lawsuit contended the 2006 law was an undue burden on voters, and a
Fulton County judge agreed, ruling the law unconstitutional. The
Georgia Supreme Court threw out the case, though, finding the plaintiff
lacked legal standing to challenge the law. On Friday, the high court
denied a motion to reconsider.
Secretary of State Karen Handel said Tuesday that the refusal to
reconsider cleared the way for Georgia to implement the law for its
Sept. 18 special election. But first, she said, the state will launch
an education effort to let voters know about the new requirement.

This is EXCELLENT news.
Any action which helps reduce vote is good.

The same organizations who bus folks to the polls;
can get the list of the required documents and bus those folks to the DMV to get their free state ID card -- so those honest folks can still vote.

But let us be realistic -- those organizations which continue to bitch and moan about this requirement.

House Majority Whip James Clyburn (D-S.C.) said Monday that a strongly
positive report on progress on Iraq by Army Gen. David Petraeus likely
would split Democrats in the House and impede his party's efforts to
press for a timetable to end the war.
Clyburn, in an interview with the washingtonpost.com video program
PostTalk, said Democrats might be wise to wait for the Petraeus report,
scheduled to be delivered in September, before charting next steps in
their year-long struggle with President Bush over the direction of U.S.
strategy.
Clyburn noted that Petraeus carries significant weight among the 47
members of the Blue Dog caucus in the House, a group of moderate to
conservative Democrats. Without their support, he said, Democratic
leaders would find it virtually impossible to pass legislation setting
a timetable for withdrawal.
...
Many Democrats have anticipated that, at best, Petraeus and U.S.
ambassador to Iraq Ryan Crocker would present a mixed analysis of the
success of the current troop surge strategy, given continued violence
in Baghdad. But of late there
have been signs that the commander of U.S. forces might be preparing
something more generally positive. Clyburn said that would be "a real
big problem for us."

Winning in Iraq: according to the New York Times

Writtten by Michael E. O’Hanlon; who is a senior fellow at
the Brookings Institution. Kenneth M. Pollack is the director of
research at the Saban Center for Middle East Policy at Brookings.

VIEWED from Iraq, where we just spent
eight days meeting with American and Iraqi military and civilian
personnel, the political debate in Washington is surreal. The Bush
administration has over four years lost essentially all credibility.
Yet now the administration’s critics, in part as a result, seem unaware
of the significant changes taking place.

Here is the most
important thing Americans need to understand: We are finally getting
somewhere in Iraq, at least in military terms. As two analysts who have
harshly criticized the Bush administration’s miserable handling of
Iraq, we were surprised by the gains we saw and the potential to
produce not necessarily “victory” but a sustainable stability that both
we and the Iraqis could live with.

After the furnace-like heat,
the first thing you notice when you land in Baghdad is the morale of
our troops. In previous trips to Iraq we often found American troops
angry and frustrated — many sensed they had the wrong strategy, were
using the wrong tactics and were risking their lives in pursuit of an
approach that could not work.

Today, morale is high. The
soldiers and marines told us they feel that they now have a superb
commander in Gen. David Petraeus; they are confident in his strategy,
they see real results, and they feel now they have the numbers needed
to make a real difference.

Everywhere, Army and Marine units
were focused on securing the Iraqi population, working with Iraqi
security units, creating new political and economic arrangements at the
local level and providing basic services — electricity, fuel, clean
water and sanitation — to the people. Yet in each place, operations had
been appropriately tailored to the specific needs of the community. As
a result, civilian fatality rates are down roughly a third since the
surge began — though they remain very high, underscoring how much more
still needs to be done.

In Ramadi, for example, we talked with
an outstanding Marine captain whose company was living in harmony in a
complex with a (largely Sunni) Iraqi police company and a (largely
Shiite) Iraqi Army unit. He and his men had built an Arab-style living
room, where he met with the local Sunni sheiks — all formerly allies of
Al Qaeda and other jihadist groups — who were now competing to secure
his friendship. 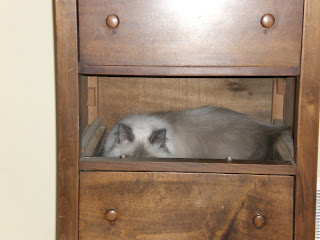 Been away on family business.