In My Humble Opinion,

It should be as easy to get a gun license as it is to get a driver's license.

It should be legal to carry a gun, if you have a gun license.

This allows for self/home defense.

Trigger locks should not be required, but available if court ordered -
like the ignition locks for some habitual drunk drivers.

The state should not limit the number of guns a lawfully licensed person may own.

Gun owners should be required to keep their weapons secure.

Another issue: Employees vs Employers who forbid guns on the property.
I think employees should be allowed to keep their weapons secured in the vehicle at their place of employment;
Or employers should be held responsible for the safety of their employees as they travel to/from work.

Another question: Guns at school.

for school employees - see above, this is simply a question of employee vs employer.

for students - grades pre-k to 12 - no weapons at school or on school bus. (with a common sense definition of weapon vs the idiotic results of 'zero-tolerance')

for college/continuing ed students -
if they have a gun license from the state,
if the gun is registered with the state,
if student has permission for the college (ie clean behavior and academic record)
if the gun is registered with the college (ie college can limit number of weapons)
- yes, allowed to carry on campus.
Posted by Anonymous at 6/28/2008 11:09:00 AM No comments: Links to this post

Democrats Only Want Criminals to have Guns

Today, President Bush’s radical Supreme Court justices put rigid ideology ahead of the safety of communities in New Jersey and across the country. This decision illustrates why I have strongly opposed extremist judicial nominees and will continue to do so in the future. The American people demand and deserve strong, common-sense laws to prevent gun violence. I will continue to work to pass my legislation to close the gun show loophole and stop terrorists from getting guns.

The gun ban in DC, made Washington DC the murder capital of the world. Law-abiding citizens were/are defenseless in the face of gun-toting criminals.

Kennesaw, Georgia has a law requiring homeowners to have a firearm. Since this law was enacted in the early 1980's - there have been zero (0) gun deaths in Kennesaw. And the overall crime rate in Kannesaw dropped by 70% in the first year after the law went into effect. Kennesaw, GA remains one of the safest cities in the world.

Allowing law-abiding citizens to own firearms, will reduce crime.

Law-abiding citizens must have the means to protect themselves and their family.

I remember both Justice Roberts and Justice Alito sitting in front of us and indicating how they would respect stare decisis and precedent – and this decision takes down 70 years of precedent.

Unbelievably, this decision also strikes down the DC trigger lock requirement, which simply ensures that the gun won’t be used by someone who steals it, or finds it, or doesn’t own it.

Kennesaw, Georgia has a law requiring homeowners to have a firearm. Since this law was enacted in the early 1980's - there have been zero (0) gun deaths in Kennesaw. And the overall crime rate in Kannesaw dropped by 70% in the first year after the law went into effect. Kennesaw, GA remains one of the safest cities in the world.

"The Second Amendment protects an individual right to possess a
firearm unconnected with service in a militia, and to use that arm for
traditionally lawful purposes, such as self-defense within the home."
Justice Scalia
Majority Opinion
Heller vs D.C.
6/26/08


The above is the money quote from the Heller vs D.C. Gun Control case.

We, the Citizens of the United States, have the individual right to own a firearm for the lawful purpose of self-defense.


The meat of the decision:

Held:
1. The Second Amendment protects an individual right to possess a
firearm unconnected with service in a militia, and to use that arm for
traditionally lawful purposes, such as self-defense within the home.
Pp. 2–53.
(a) The Amendment’s prefatory clause announces a purpose, but
does not limit or expand the scope of the second part, the operative
clause. The operative clause’s text and history demonstrate that it
connotes an individual right to keep and bear arms. Pp. 2–22.
(b) The prefatory clause comports with the Court’s interpretation
of the operative clause. The “militia” comprised all males physically
capable of acting in concert for the common defense. The Antifederalists
feared that the Federal Government would disarm the people in
order to disable this citizens’ militia, enabling a politicized standing
army or a select militia to rule. The response was to deny Congress
power to abridge the ancient right of individuals to keep and bear
arms, so that the ideal of a citizens’ militia would be preserved.
Pp. 22–28.
(c) The Court’s interpretation is confirmed by analogous armsbearing
rights in state constitutions that preceded and immediately
followed the Second Amendment. Pp. 28–30.
(d) The Second Amendment’s drafting history, while of dubious
interpretive worth, reveals three state Second Amendment proposals
that unequivocally referred to an individual right to bear arms.
Pp. 30–32.
(e) Interpretation of the Second Amendment by scholars, courts
and legislators, from immediately after its ratification through the
late 19th century also supports the Court’s conclusion. Pp. 32–47.
(f) None of the Court’s precedents forecloses the Court’s interpretation.
Neither United States v. Cruikshank, 92 U. S. 542, 553, nor
Presser v. Illinois, 116 U. S. 252, 264–265, refutes the individualrights
interpretation. United States v. Miller, 307 U. S. 174, does not
limit the right to keep and bear arms to militia purposes, but rather
limits the type of weapon to which the right applies to those used by
the militia, i.e., those in common use for lawful purposes. Pp. 47–54.
2. Like most rights, the Second Amendment right is not unlimited.
It is not a right to keep and carry any weapon whatsoever in any
manner whatsoever and for whatever purpose: For example, concealed
weapons prohibitions have been upheld under the Amendment
or state analogues. The Court’s opinion should not be taken to cast
doubt on longstanding prohibitions on the possession of firearms by
felons and the mentally ill, or laws forbidding the carrying of firearms
in sensitive places such as schools and government buildings, or
laws imposing conditions and qualifications on the commercial sale of
arms. Miller’s holding that the sorts of weapons protected are those
“in common use at the time” finds support in the historical tradition
of prohibiting the carrying of dangerous and unusual weapons.
Pp. 54–56.
3. The handgun ban and the trigger-lock requirement (as applied to
self-defense) violate the Second Amendment. The District’s total ban
on handgun possession in the home amounts to a prohibition on an
entire class of “arms” that Americans overwhelmingly choose for the
lawful purpose of self-defense. Under any of the standards of scrutiny
the Court has applied to enumerated constitutional rights, this
prohibition—in the place where the importance of the lawful defense
of self, family, and property is most acute—would fail constitutional
muster. Similarly, the requirement that any lawful firearm in the
home be disassembled or bound by a trigger lock makes it impossible
for citizens to use arms for the core lawful purpose of self-defense and
is hence unconstitutional. Because Heller conceded at oral argument
that the D. C. licensing law is permissible if it is not enforced arbitrarily
and capriciously, the Court assumes that a license will satisfy
his prayer for relief and does not address the licensing requirement.
Assuming he is not disqualified from exercising Second Amendment
rights, the District must permit Heller to register his handgun and
must issue him a license to carry it in the home. Pp. 56–64.
478 F. 3d 370, affirmed.

Justice Stephen Breyer wrote a separate dissent in which he said,

“In my view, there simply is no untouchable constitutional right guaranteed by the Second Amendment to keep loaded handguns in the house in crime-ridden urban areas.”

Liberals want to live in a crime ridden society, where muggers, thieves, rapists and murders roam the streets, and law abiding citizens fear for their lives.

Where Does This Path Lead? 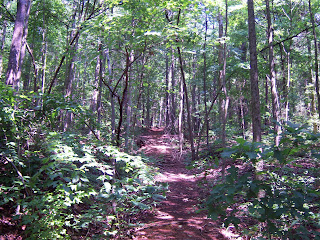 "I think that the right might worry a bit more about the dangers of sectarianism. Whatever we once were, we're no longer a Christian nation; at least not just; we are also a Jewish nation, the Muslim nation, a Buddhist nation, a Hindu nation, and a nation of nonbelievers..."
Barack Hussein Obama. Campaign 08 video

Wrong, we are a Christian Nation that allows the Freedom of Religion.
The United States of American allows you to chose to believe or not.

This great nation will not force you to pray,
unlike the 57 Moslem states which force you to adhere to their barbaric religion.

These 57 Moslem states are trying to force all nations to submit to Islam.

Note:
Islam is the only religion which prevents its followers from converting to another faith,
UNDER PAIN OF DEATH.